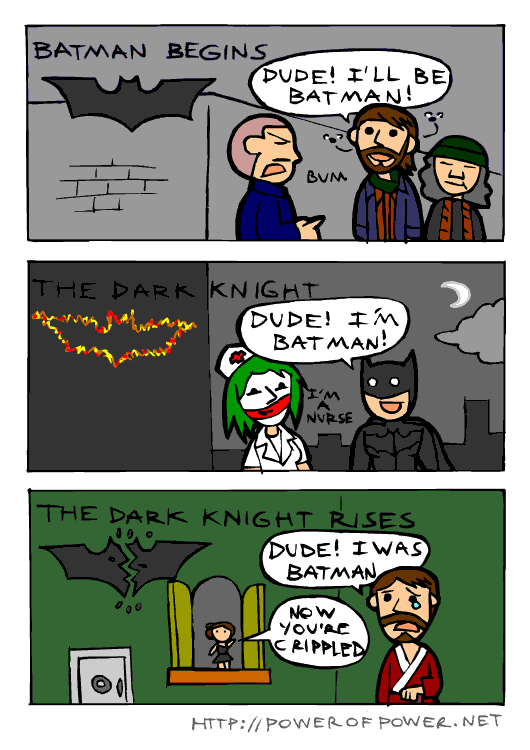 This comic originated from an observation made by my friend @albertohdz90, he once said The Dark Knight Trilogy was like learning to conjugate with Batman.